An ambitious European research project funded through the European Union H2020 scheme and aimed at finding a new treatment for ALS (motor neurone disease, MND) is testing a molecule that occurs naturally in our bodies and helps to regulate our immune system.

In May, MIROCALS -MODIFYING THE IMMUNE RESPONSE AND OUTCOMS IN ALS- was awarded €5.98 million by the European Commission Directorate-General for Research and Innovation, under the EU Horizon 2020 Scheme. Additional support for the Clinical Centres has been awarded by the French Health Ministry Programme de Recherche Clinique (PHRC) in France and is under consideration by the MND Association in the UK.

Currently, a low dose of the molecule, interleukin-2 (IL-2), is being developed for the treatment of conditions affecting the immune system, including diabetes, arthritis, liver disease, and the complications of treating leukaemia and other cancers with stem cells. While IL-2 has been used for many years at high dose to treat cancer, it is much safer – but still effective – when used at low doses in these immune disorders, as it can damp down harmful immune responses.“Our main objective is to achieve a breakthrough in the treatment of MND by significantly slowing the progress of the disease through a low dose of IL-2,” says Dr Gilbert Bensimon, University Hospital, Nimes, France, who is Coordinator and project leader of MIROCALS.To date, only one drug – riluzole – has been shown to slow the advance of MND, but its impact on the quality of life of people with the illness is marginal. Many other drugs have been tested but have failed. 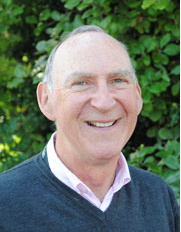 Professor Nigel Leigh, co-lead and chief investigator for the clinical trial, of Brighton and Sussex Medical School, says: “We are delighted to be collaborating with world-leading research groups in biomarker development, immunology, genetics and gene expression on this project. This collaboration will allow us to research a number of factors that may affect MND. Taken together, these analyses should allow us to ‘individualise’ responses to treatment that may be revealed during the study.”The research is being undertaken by a partnership between leading medical researchers in France, UK, Italy, and Sweden, the Motor Neurone Disease Association of England Wales and Northern Ireland, and the pharmaceutical industry.

Other novel features of the MIROCALS study include:

Project planning will start in September this year and researchers intend to recruit the first patients into the trial by September 2016. They aim to complete the study in 2019. In the meantime, the team is working on the essential groundwork for MIROCALS, including a small pilot study in France. Professor Leigh adds: “In addition to developing a new treatment for MND, MIROCALS aims to provide a new approach to clinical trials to break the impasse in developing new treatments for progressive disorders that include MND, dementia and Parkinson’s disease.

About The MIROCALS Consortium