The 8th PG International Medicine Prize was awarded to Edor Kabashi, a researcher at the Institute for Brain and Spinal Pitié Salpêtrière Hospital in Paris.

The research seeks to clarify how a variety of genetic mutations can cause degeneration of the motor neurons in ALS. The goal is to define common points between the genetic causes of ALS, to identify therapeutic compounds that benefit the majority of patients. 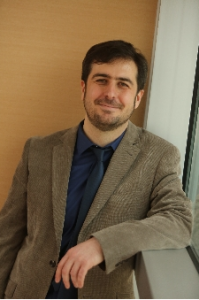 The winner of the award, Dr. Kabashi, says “My team works to better understand how a variety of genetic mutations can cause motor neuron degeneration in ALS. We take advantage of a simple vertebrate model, zebrafish where one or several genes can be manipulated. Using this paradigm, we have described that several major ALS genes interact together and function in common pathways.”

The Kabashi team is aiming to define the functional relevance of novel genetic causes in ALS by developing mutant transgenic zebrafish models to better understand neurodegenerative processes. These genetic models are an essential tool for the study of multigenic interactions and for drug discovery. Kabashi’s team has developed innovative screening protocols to identify neuroprotective compounds, to understand molecular mechanisms modulated by these compounds and to advance therapy development in ALS. Dr. Kabashi has been involved in the identification of major genes in ALS, including the initial discovery of TDP-43 mutations. His team has since then developed zebrafish models for a number of ALS genetic factors, including TDP-43, FUS, C9orf72, SQSTM1, ALS2 and VAPB. Major cellular pathways implicated in disease can thus be studied in a vertebrate model that lends itself suitable to in vivo imaging, multigenic manipulations and automated behavioural screening. These innovative models are allowing researchers to identify key pathogenic mechanisms in motor neuron diseases, with the potential to find in the near future therapeutic strategies to halt neurodegenerative processes in ALS.

The most prevalent genetic cause of ALS-FTD, C9orf72 synergizes the toxicity of ATXN2 intermediate polyglutamine repeats through the autophagy pathway.

This study describes the protein partners of C9orf72 and presents evidence for its function in the autophagy pathway. After demonstrating that ATXN2 intermediate repeat expansions coincide with the expanded C9orf72 repeats in ALS, we also show that C9orf72 loss of function synergizes the toxicity of ATXN2 intermediate repeats in neuronal cultures and in zebrafish. Defining common genetic factors and shared pathways will be key to unravel therapeutic strategies for ALS patients.

About the PG Award

Since 2007, the Paulo Gontijo Institute (IPG) encourages scientific research of Amyotrophic Lateral Sclerosis (ALS) through the International Paulo Gontijo Award (PG Award) in Medicine.The Award analyzes studies of young researchers around the world and has a committee of judges composed of five researchers recognized by the international scientific community. The prize became awarded annually since 2011, with international support of the MND association, International Alliance of MND / ALS associations and ENCALS – the European Network to cure ALS.