Axel Freischmidt is the winner of the ENCALS Young Investigator Award 2019. Axel received the award from Prof. Ammar Al-Chalabi on the first day of the ENCALS meeting 2019 in Tours. 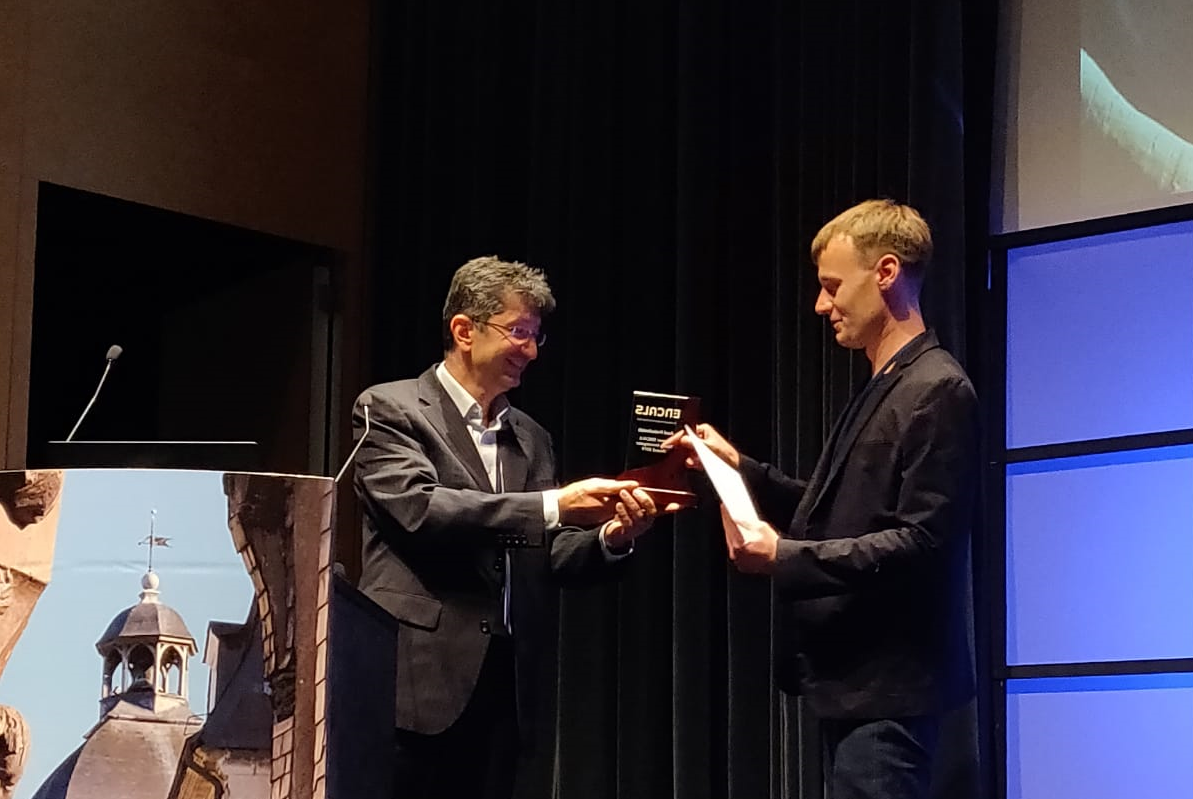 In 2012 Axel joined the Department of Neurology at Ulm University in Germany as a postdoc. Since then he has become an integral part of the ALS research landscape in Ulm, and has made multiple exciting discoveries with regard to genetics and epigenetics of ALS.

The main achievement of his career so far was the discovery of TBK1 as a novel gene causative for ALS and FTD. Besides TBK1, his research focuses on the role of microRNAs in ALS. Following up on this, he recently started to focus on converging disease mechanisms in ALS.

After the opening session on the first day of the meeting, Axel presented the submitted abstract “Serum microRNA profiles reveal an involvement of FXR1 and FXR2 in amyotrophic lateral sclerosis”