During the ENCALS meeting 2022, Prof. Amar Al-Chalabi awarded three young researchers with the ENCALS Young Investigator Award. They have received this award for their outstanding research on ALS. 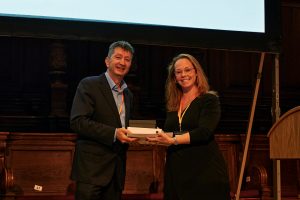 Taken together, my works contribute to an emerging paradigm that emphasizes the role of non-coding regulatory regions in human neuro-genetics. My studies combine computational human genetics and functional experiments in disease-relevant stem cell biology and suggest potential therapeutic targets for neurodegeneration. 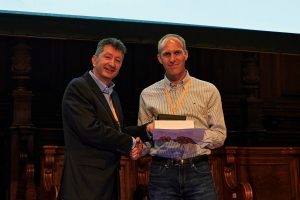 My research has focused on improving and advancing the design and conduct of clinical trials for ALS, thereby optimizing the use of time and resources, minimizing patient exposure to ineffective treatments, and increasing the number of patients that can participate in clinical trials.

My research attempts to explain ALS phenotype through genotype, focussed on structural variation and disease progression, using bioinformatics as a means of bringing these elements together.

I have explored the relationship between ALS phenotypes, disease progression, survival and genetics; developing and using various tools for measurement and assay of these parameters. My work has led to the discovery of a number of genetic factors that contribute to the risk of ALS with some being investigated further given their potential as drug targets for the development of new therapies. As a result of my research, within 3 years of obtaining my PhD, I was able to secure two competitive fellowships and over £1 million worth of funds

All photo’s are taken by: MAVERICK PHOTO AGENCY – credits to University of Edinburgh